I tried to come up with a word starting with "m" that suitably described the movement of this Marmot as it hastened across the talus field in my direction. His attitude said, "I'm your worst nightmare," but his gait said, "ugh, I ate too many donuts."

Continuing with yesterday's story, then; I was sitting on a rock in a talus field photographing my subject 100' distant. He became agitated and trundled menacingly toward me, seemingly hell-bent on my destruction. Just look at this face!

Have a closer look. Tell me that's not vengeance in his eye. 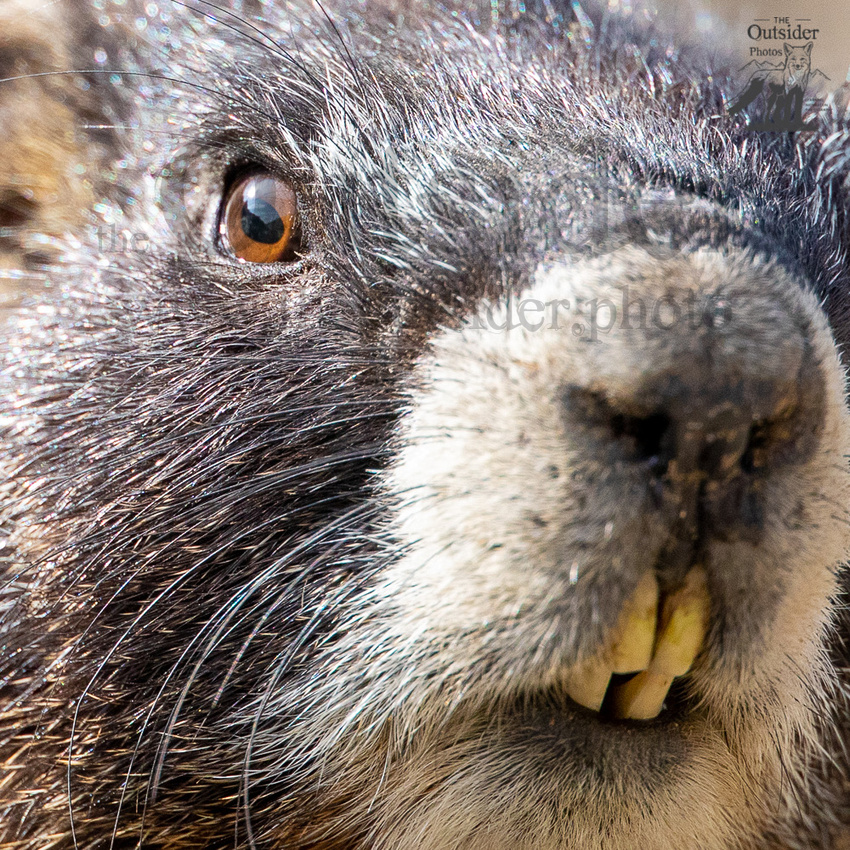 You know that scene in Braveheart when William Wallace rallies the troops? This Marmot was manifesting Braveheart-grade vengeance. ;)

He was less than 15' from me, scampering hard toward me, but at the last second, my life was spared as he veered into a very discreet, and heretofore unknown to me, burrow entrance just 10' from my rock! Not only was my life spared, but I then realized why he looked so angrily at me! He didn't want to end me, he wanted me to go away. Well, he may have wanted to end me, but he couldn't, so he took evasive action instead.

I work hard at leaving as little impact on my animal subject as possible, so I felt badly that I didn't recognize the entrance of his burrow and leave appropriate space between me and the burrow, but I learned a good lesson on how to spot one.